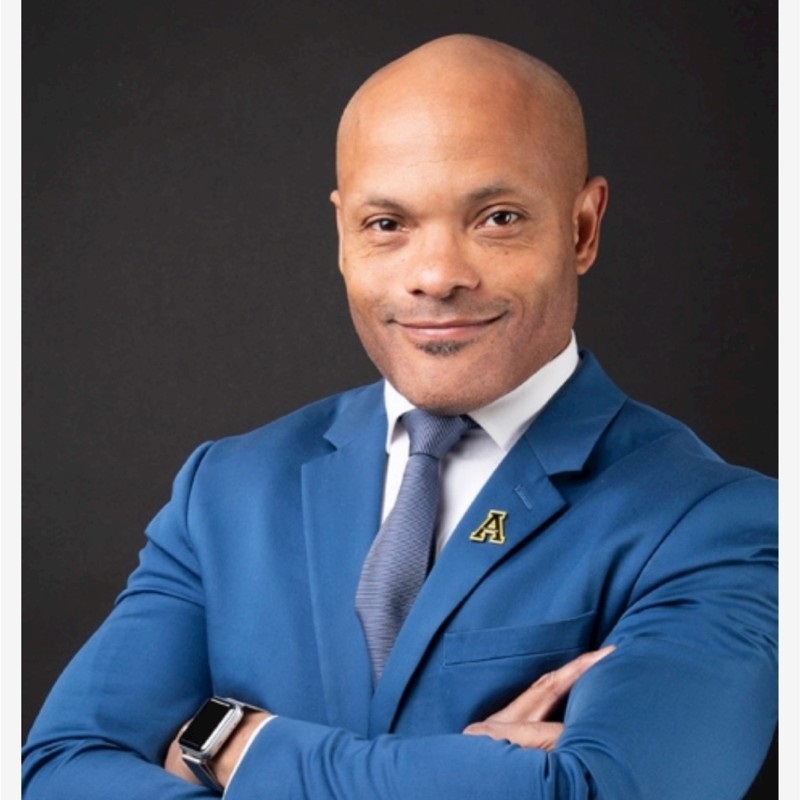 If you could describe your Leadership Charlotte experience in three words or phrases what would they be?

L.E.A.D. is more important than “Leader.”  One is a verb, the other is a noun.  Be the verb because we have enough useless nouns taking up space with getting nothing done!  The people are waiting for the verb, so L.E.A.D.

What advice that you would you give to current Leadership Charlotte participants?

Current participants should be willing to be transparent and vulnerable.  LC creates a relatively equal (and safe) playing field for both emerging and existing leaders.  It does not matter how much money, power or influence that you have…if you are willing to reveal who you are, then you might discover your authentic self.  And being authentic is where your greatest impact to L.E.A.D. begins.

What would you like to see Leadership Charlotte alumni get involved in and why?

LC is the only corp in town consisting of existing and emerging leaders who have time, talent and treasure among its ranks.  Moreover, we belong to every “group” in Charlotte.  Our access is unlike any other group in town.  Still, the nation is divided and not much gets done.  In fact, CLT is guilty of drawing lines in our own sand by subscribing to titles and monikers.  But if we can withdraw from the divide on the national stage and dispense with the labels, then might we create a common unity that could solve our local issues?  If so, wouldn’t that common unity make us a community?  And isn’t community what we all want and what LC was created to improve?  We need to make our local community better.  It’s our LC responsibility.  So, get involved in the community…but do it together!  We live in a system that is interconnected.

What are you doing in the community these days?

Traveling the nation, working with organizations and governmental agencies to improve and change out systems so that they work properly for everyone.  For example, (i) the CEO of Price Waterhouse Cooper asked me to address his CEO in Action group about social justice and the police shooting of Botham Jean, a PWC employee.  I shared the stage with Magic Johnson and CNN’s Van Jones as we addressed over 150 of the world’s most powerful CEO’s.  I continue to work with some of these leaders today.  (ii) Moreover, a few years ago I met with the entire Carolina Panthers team and helped them address several community issues including #TakingAKnee.  What followed were several initiatives including the recent $100,000 donation used to bond men out of jail, meetings with Panther’s Owner David Tepper and DA Spencer Merriweather, and other player initiatives.  (iii) Finally, I traveled to Missouri and New York to work with the Public Defender System and Prisoner Legal Services, respectively. I taught these layers how to use the law to improve the system on a macro level, while also addressing the legal issues their clients face on a micro level.

But, here is one of my favorites.  I got a call from a LC alum about his mentee who found himself in some legal trouble.  Together, the LC alum and I worked together to get his mentee to safely turn himself in, and for the next year, I worked tirelessly to address the many legal issues associated with his case.  I was able to persuade the prosecutor to drop all charges against this young man.  This mentee thought he would serve the next 20 years in prison for a crime he didn’t commit, but I waited outside jail just a few months ago to pick him up and take him home for the holidays.  The LC alum shared Thanksgiving dinner with his mentee and their respective families all at the LC alum’s house.  Thanksgiving with the LC alum!