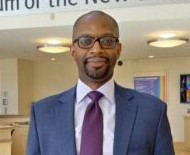 Dr. Griffin served as a research fellow with the UNC’s Southern Oral History Program, where he worked on The Long Civil Rights Movement Initiative – which challenged the popularly accepted timeline of the Modern Civil Rights Movement. He also served as a research associate with the Civil Rights History Project (2010-2015), a national initiative to survey oral history collections and conduct new interviews related to the African American struggle for justice, freedom and equality. The project was directed by the Library of Congress and the Smithsonian Institution’s National Museum of African American History and Culture where the interviews are now housed.

He has also served as a teaching fellow in UNC’s Department of African, African American, and Diaspora Studies, at Duke University’s Center for Documentary Studies under renowned civil rights scholar Dr. Timothy Tyson, as a former high school history and African American studies educator in the Baltimore City Public School System and at West Charlotte High School, and as Assistant Professor at Johnson C. Smith University.

In her role as Assistant Director of the City of Charlotte’s Economic Development Department, Holly Eskridge leads the Business Innovation team and manages the department’s operations. Her passion is supporting entrepreneurs in their journey during all stages of business development and ensuring the infrastructure is present for an inclusive and innovative Charlotte.

Holly is currently leading the City’s commitment of deploying $54 million in new programs to support the local small business ecosystem that has been severely impacted by COVID-19. Prior to this position, Holly served as Chief of Staff to the Mayor of Charlotte and Intergovernmental Affairs Director for the City of Rock Hill, SC. 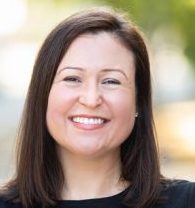 Earnest Winston became superintendent of Charlotte-Mecklenburg Schools on August 2, 2019.  Winston began his career as a reporter for the Mansfield News Journal in Ohio, later moving to the Cincinnati (Ohio) Enquirer where he covered local government in the city and nearby towns, as well as education in the area.  He left Cincinnati to join the Charlotte Observer, where he covered government, development, general news – and wrote about his Cousing Jennifer Hudson’s rise to fame on “American Idol.”

In 2004, Winston joined Charlotte-Mecklenburg Schools as an English teacher at Vance High School, where he also taught journalism and served as advisor to the school newspaper.  After two years in the classroom, he moved into administration, joining the district’s communications department as an external communications supervisor.  In 2008, he became executive coordinator/communications liaison for then-Chief Operating Officer Hugh E. Hattabaugh.  He continued to serve Hattabaugh in that role after he was named interim superintendent in July 2011.

He is an active member of the community, serving as a tutor and volunteer for several educational programs.  He is also on the boards of Charlotte Works Youth Council, Stratford Richardson YMCA and Children’s Scholarship Fund.  He is a 2010 graduate of Leadership Charlotte.  Winston, a native of Chicago, holds a bachelor’s degree in print journalism from Ohio Wesleyan University.  He is married with two young daughters.

Jeep is an award-winning executive with three decades of experience in the corporate and nonprofit sectors.  He was named President of the Arts & Science Council (ASC) in Charlotte- Mecklenburg in 2019.

Jeep is a member of the Board of Directors of the Greater Charlotte Cultural Trust, Charlotte Center City Partners and the North Tryon Advisory Committee.  He is a former Chairman of WTVI, Charlotte’s public television station, and he has served on the Board of Trustees for Charlotte Ballet and Lincoln Center Theater in New York.

Prior to joining ASC, Jeep led the marketing and sponsorship program for The Tony Awards, the global television event recognizing extraordinary achievement on Broadway.  As the Director of Business Development for The Broadway League, Jeep was instrumental in expanding the reach and impact of the National High School Musical Theatre Awards, also known as The Jimmy Awards.

For more than a decade, Jeep was Executive Vice President for Marketing and Corporate Affairs at BNY Mellon, one of the world’s largest financial services firms.  He led a staff of 140 across several global divisions, including Corporate Communications and Marketing, Philanthropy, Government Affairs, and Corporate Social Responsibility.

He directed the expansion of the company’s digital marketing and advertising programs as well as signature sponsorships with the Andy Warhol Museum, Lincoln Center, London’s Royal Academy, and other leading arts and cultural organizations.  Jeep established the company’s first Government Affairs office in Washington, D.C., and served as Chairman of the BNY Mellon Foundation, directing more than $20 million in annual grants to support economic empowerment and workforce development programs.

Jeep’s career has included positions as reporter, anchor and assignment editor for three television stations.  He is a Phi Beta Kappa graduate of The University of North Carolina at Chapel Hill where he earned a bachelor’s degree with highest honors. 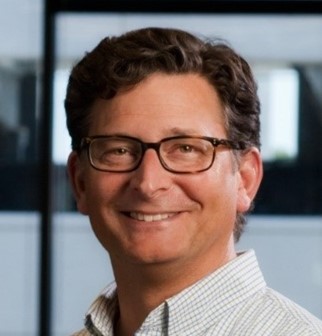 Rob Phocas, former director of sustainability for the city of Charlotte, started his new role on July 15. This is a newly created position for AvidXchange. Phocas is in charge of the company’s community engagement efforts and oversees strategy for the AvidXchange Foundation.

Phocas worked as Charlotte’s director of sustainability for about 10 years. Prior to that, he was the assistant city attorney for three years.

As the sustainability director, Phocas played an integral role in the city’s first strategic energy plan, which included such items as installing solar roofs on fire stations, expanding electric vehicle-charging stations citywide and partnering with Charlotte’s largest banks on renewable energy projects. Bloomberg Philanthropies, a campaign spearheaded by former New York City Mayor Michael Bloomberg to accelerate environmental programs, selected Charlotte in late 2018 as one of 20 cities to participate in a $70 million program.

Phocas was also behind Charlotte’s Smart Cities initiative, which sought to improve connectivity, technology and sustainability within eight neighborhoods in the North End district, including Camp North End, a 75-acre adaptive-reuse project by ATCO Properties & Management, which is transforming industrial warehouses into retail and office space. At the city, Phocas and his team also worked on the Applied Innovation Corridor, another North End initiative to improve public roads and infrastructure in the area.

Donna has been with Big Brothers Big Sisters since February of 2016. She has a wealth of business experience from a highly successful 34-year career, serving in leadership roles with XEROX and Microsoft. She has served on several local, non-profit boards: The Fletcher School/The Rankin Institute, YWCA Central Carolinas, Girl Scouts Hornet’s Nest Council and the Levine Museum. Donna is a graduate of Leadership Charlotte.

Donna, the daughter of educators, has a family legacy with Big Brothers Big Sisters; her mother was a Big Sister and her father was actively engaged in the community assisting children facing adversity. She serves as a Big Sister herself and has a passion for improving the lives of children in the Central Carolinas. 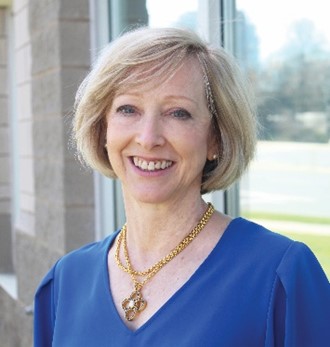 Carol Hardison has served as the chief executive of Crisis Assistance Ministry since 2000. In this role, she directs Mecklenburg County’s lead agency providing emergency financial assistance, furniture and appliances, clothes and household goods to nearly 200 families a day, while helping them move to self-sufficiency. A child of passionate social justice advocates, Carol came to Charlotte in 1982 after graduating cum laude from Furman University with a BS in Mathematics and Computer Science. She worked in information technology at Duke Energy for 18 years before leaving the corporate world to follow her passion for service as the second executive leader of Crisis Assistance Ministry.

Carol is a member of Leadership Charlotte Class 31, has served in a variety of community leadership roles, and has been recognized with multiple awards including Charlotte Woman of the Year (2008) and Leadership Charlotte Schley Lyons Award (2014). She currently serves on the boards of Fifth Third’s North Carolina Affiliate, the Ginter Foundation and the Charlotte Chamber. A longtime member of the Charlotte Rotary Club, Carol enjoys hiking in the mountains, relishes the opportunity to travel with friends and family, and is an avid music lover.