We are the collaborators, the unifiers, and the bridge builders. Setting aside our personal interests, we are putting the community first to make Charlotte work for everyone.

“Things are not always exactly as what we read or see in the news. The solution is not as easy as ‘work harder and you can easily improve your life circumstances.’” This is what Ivy Chin realized after LC. The poverty simulation exercise, she notes, changed her bias on people in need, giving her more sympathy for Charlotte residents facing difficult issues. Ivy had served on the board for Classroom Central and CPCC. After LC, she says, “I wanted to contribute more with what I had to offer, the gifts I received in my own personal journey.” Ivy wrote a book sharing all that she’s learned in life. “I have been blessed with a journey where I got to learn a lot of great life skills.  There are many folks who were born into an environment where they never had the opportunity to gain those skills. Thus, I want to share what I have collected in my tool bag over the years and hope they can learn from my journey.” Since the book’s publication in 2018, Ivy has donated copies to non-profits throughout Charlotte and the people they serve. She’s also shared her story as a speaker with people in the midst of a job transition.  “I help educate other leaders in the company to understand the needs in our own Charlotte community,” says Ivy. “When my team wants to fundraise or support non-profit organizations, I help them to think about the needs of the Charlotte community. I look forward to taking my contribution to the next level by becoming a Leadership Charlotte board member.” 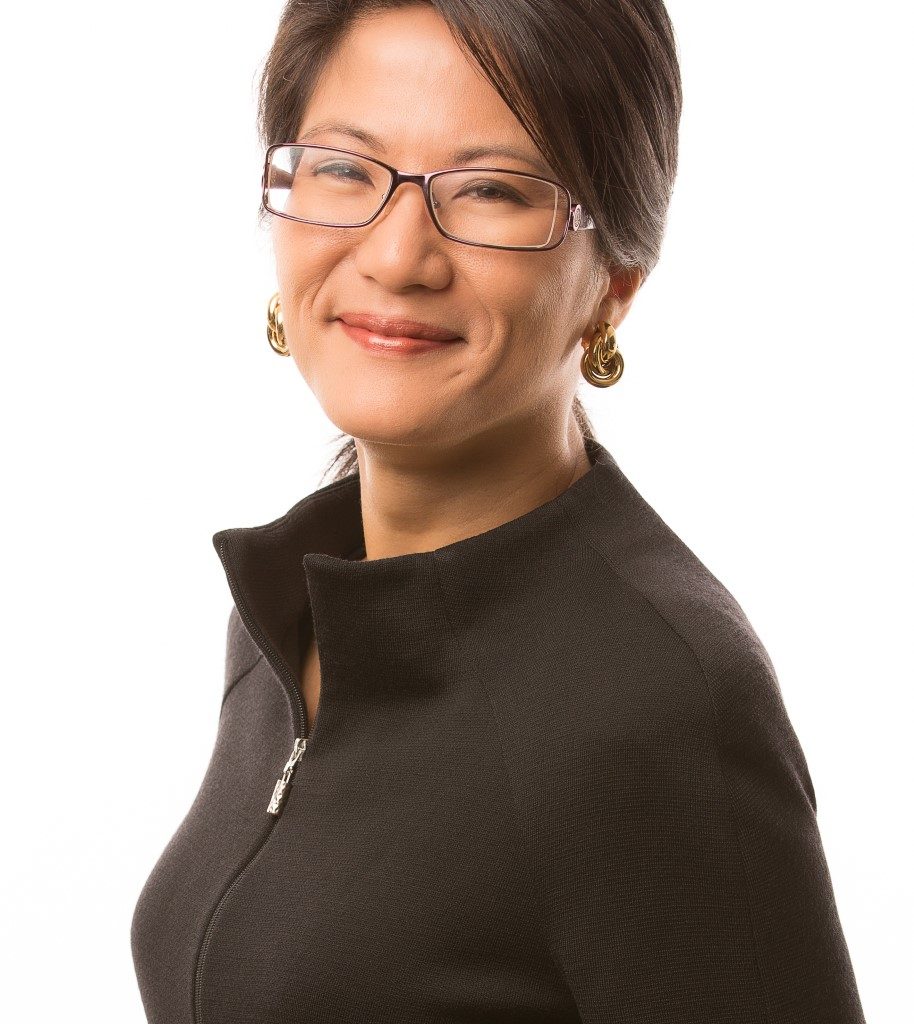 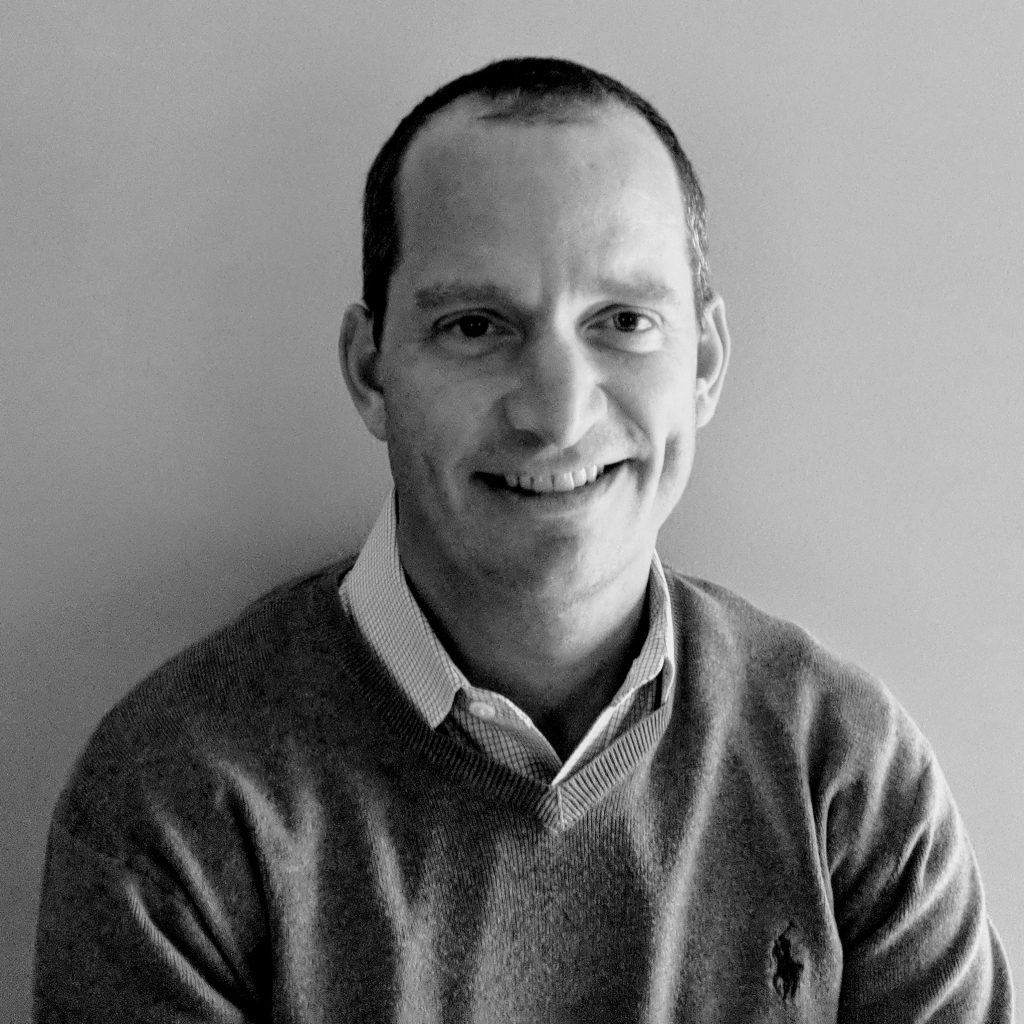 Jake House admits he isn’t someone who sits still very well (figuratively and literally). “As an education leader and non-profit executive director, I was always the one telling others to give their time and money,” he says. By the time he’d joined LC, Jake had left his job in corporate America to work in urban education reform, first in Pittsburgh and later in Charlotte. During LC, Jake learned, ironically, that although he had always championed others to give back, “the catch was that I wasn’t always walking the walk with my own personal time. So I stepped up my game, joining four non-profit boards and coaching youth sports.” He also took to heart the idea of “doing good and doing well,” something he’d learned during LC. Over the next four years, he and his business partner started a property management company. “Our original mission was to run a best-in-class homeowner association management business that treated people great and gave back to the community.” Which they did by reinvesting a portion of their profits into public education and the communities of their homeowners. “I’m very proud of what we did for our customers, our nearly 100 employees, and the communities we supported.”

Violeta Moser describes her LC program as a “cultural experience.” Violeta immigrated to the U.S from Lima, Peru to pursue a college degree landing in Charlotte by way of the banking industry. “Participating in LC, I learned first-hand about a democratic society,” Violeta says. “I was able to talk to the police chief, and sheriff, visit the courts, and learn how it all works!” After she graduated, Violeta left the corporate world to find roles that connected her to the Latino community. She served as the board chair for the Latin American Coalition and Latin American Women’s Association (LAWA) during the largest growth of the Latino population in Charlotte. She also became LAWA’s first executive director, changing the organization’s direction to give greater focus on diversity and equality, create new educational programs, and bring more visibility to the organization. “LC gave me an in-depth view of civic responsibility and caring for our community as an individual,” Violeta says. “Through the programs at LAWA that serve many Latino families, information about community engagement has always been a critical component for a better understanding and a better acculturation process.” 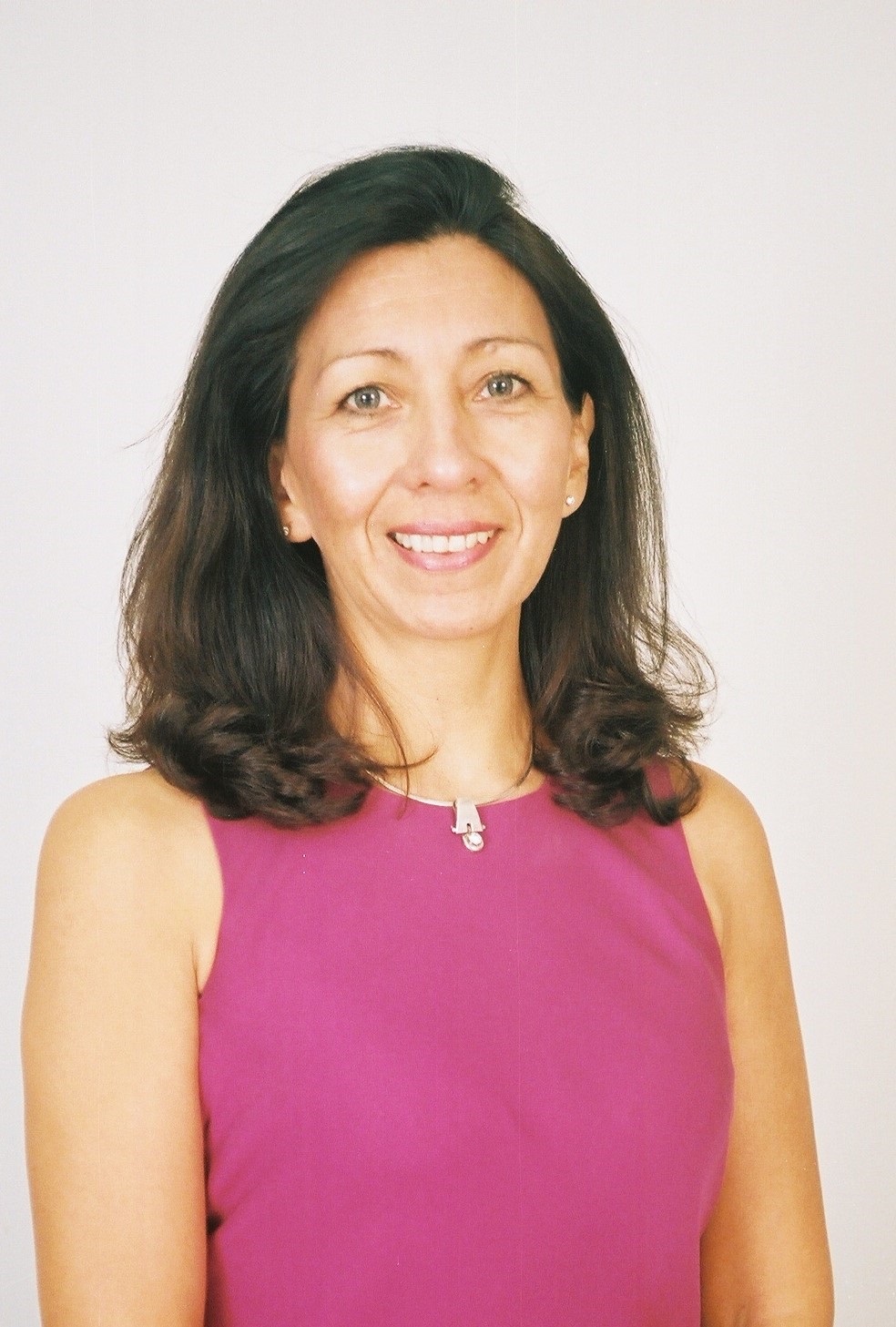 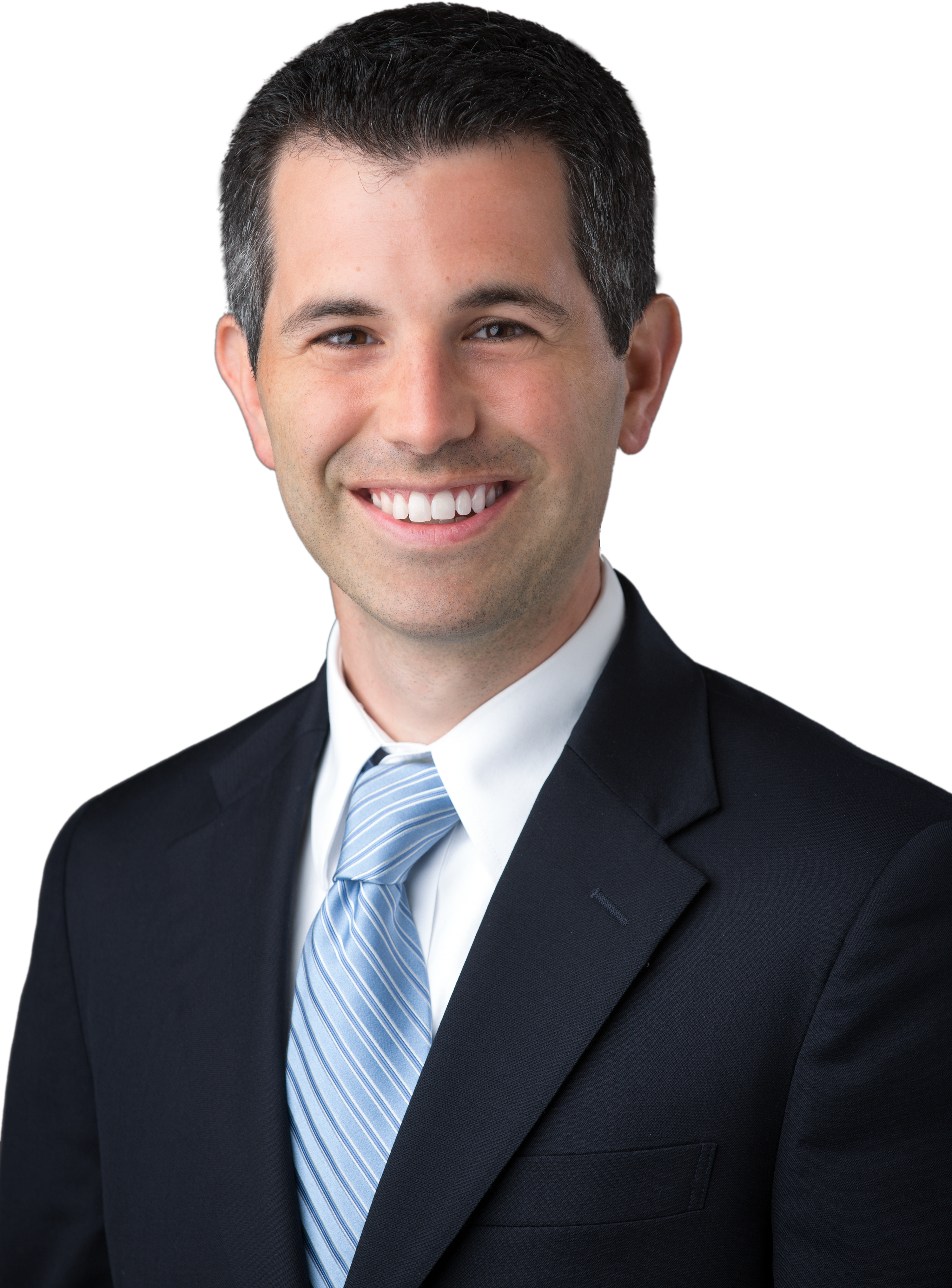 Jordan Abshire was lucky to find his razor in the first moving box he opened. The day he and his wife arrived in Charlotte in a U-Haul was also the day of his LC interview. During LC, Abshire began volunteering at the Men’s Shelter of Charlotte helping shelter guests create resumes and apply for jobs. “That proximity changed my views on homelessness, poverty, affordable housing, social safety nets, and the criminal justice system,” says Abshire. In 2017, he helped launch Fortitude, a morning boot camp workout through the national network F3 and the Men’s Shelter. “We regularly hear from shelter guests ‘Thank you for making me feel normal again,’ or ‘Thank you for making me feel like I’m part of something.’ There’s a palpable light in their eyes after they join us for a workout, which the Shelter’s Director refers to as hope,” says Abshire. “LC helped me to stop seeing politics and policy as a zero-sum game,” says Abshire. “It helped me to stop seeing the ‘other side’ as a group to be defeated or pacified and instead to take a genuine interest in understanding their position.”

Lives can change thanks to people who open a door of opportunity. Dr. William McMillan, former principal of West Charlotte High School and LC Class 1 graduate, was a door opener for Earnest Winston. Dr. McMillan saw the teacher in Earnest, then a Charlotte Observer reporter covering LC’s 25th anniversary. Dr. McMillan introduced Earnest to the current superintendent, setting Earnest on a path that landed him in CMS teacher training and later in the role of CEO of Charlotte-Mecklenburg Schools. “The moral of this story: You never know who you’ll meet along life’s journey,” says Earnest. “This network of LC friends has allowed me to expand my perspective and widen my lens, while also serving as a wonderful support system as we work to make Charlotte a more equitable, viable, and welcoming place for not some but all of the people who call our community home.” 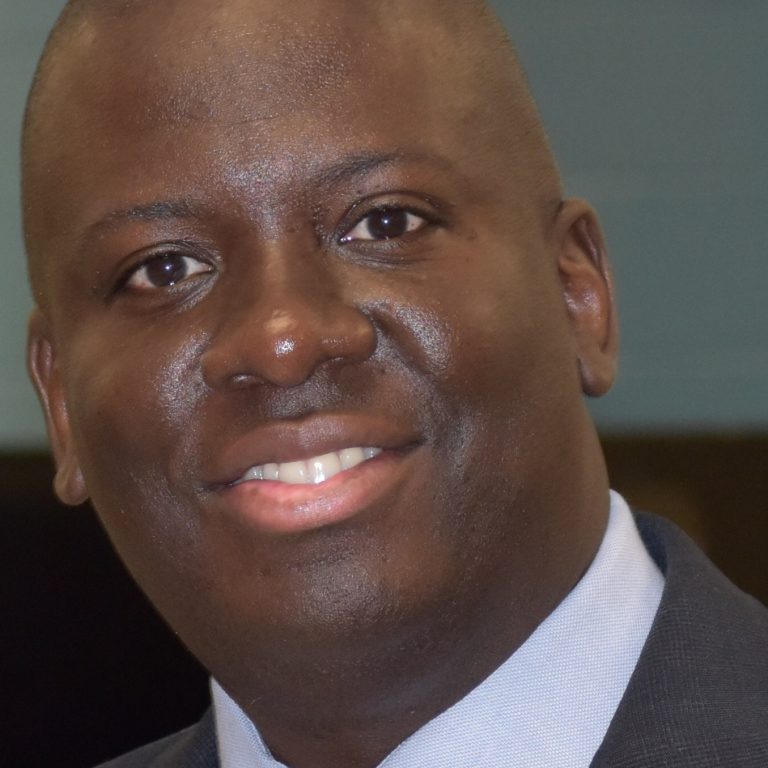 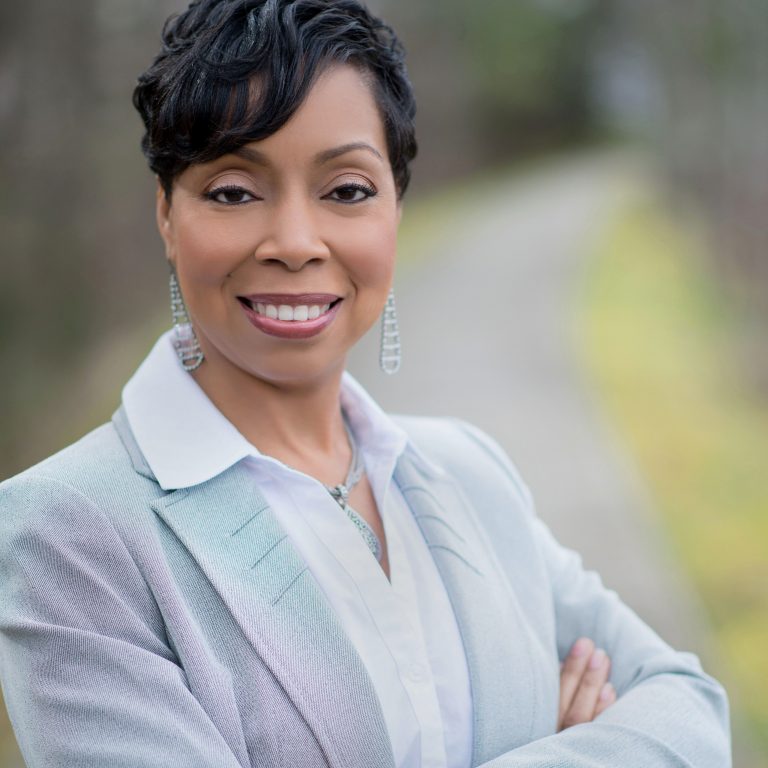 The jump into entrepreneurship was daunting for LaPronda Spann, a single parent who left a 21-year corporate career to start her own consulting firm. As her firm gained success, LaPronda saw entrepreneurship as a means to serve others. “LC put a fire under me to follow my passion and purpose: to grow small businesses in Charlotte,” says LaPronda. After graduating LC, she served as a volunteer counselor at CPCC’s Small Business Center, offering small businesses guidance and technical assistance. She became an instructor of the free Government Contracting series, teaching small businesses how to market to government and major corporations to land premium contracts. LaPronda was also appointed Moderator and Leader of the Mecklenburg County Small Business Consortium, a free bi-monthly event that educates and empowers small business owners. “I have come to understand that the growth of small businesses has a significant impact on our community. It keeps unemployment rates down and helps to move Charlotte into a place of upward mobility,” says LaPronda. “I am crystal clear about the work that needs to be done and the work that I must do to continue to change Charlotte for the better. A great deal of this was enhanced and empowered through my experience with Leadership Charlotte.” 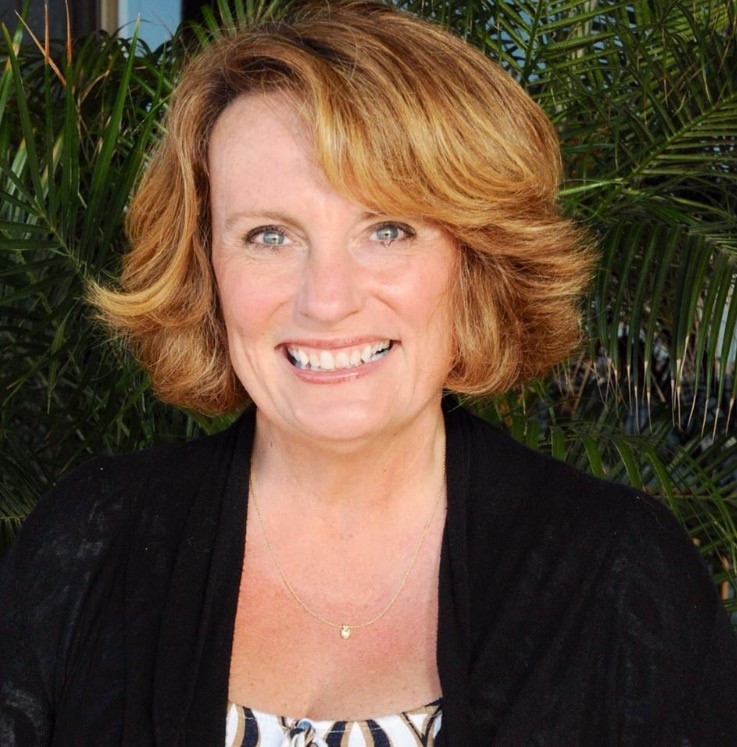 During the three years Greg Schermbeck taught at West Charlotte High School, he saw firsthand the inequalities underserved communities experience. When he moved back to Charlotte years later, he brought with him his firm SchermCo, which focuses on education strategies that empower communities like West Charlotte. “Since LC, I have grown SchermCo from one person serving one client to four people serving 32 clients in 14 states,” says Greg. “I developed connections with LC classmates and alumni that have helped to grow the education innovation work to touch more people and more communities.” SchermCo helped launch the first district charter school; introduced family nights to over 2,000 West Charlotte residents; and helped raise $1 million to incubate after-school programs. “LC grew me as a person by pushing me to better develop existing leadership skills and understand gaps and areas of growth for being a leader in the community,” says Greg. “LC also introduced me to people in city systems to be able to open doors to working on making our community a better place.”